I strive to maximize the use of positive reinforcement (R+) in all training protocols, while minimizing or eliminating aversive (unpleasant) experiences during the training and rehabilitation process.  I adhere to the LIMA (least intrusive, minimally aversive) paradigm in creating and implementing behavior modification and training plans and do not use fear, intimidation, force, or painful stimuli (including choke, prong, or shock) to induce behavior change.  These methods are in line with current science and industry standards including the American Veterinary Society of Animal Behavior (AVSAB) position on the use of punishment.
While social dominance among dogs does exist, the use of "dominance theory" to frame interactions between humans and animals is not scientifically accurate and can lead to confrontational and often aversive and dangerous methods that undermine relationships and risk scientifically documented increases in fear and aggression. As a result, our training methods are not based in ideas of dominance but rather in fostering clear, honest, kind communication between people and animals.
I am a Certified Dog Behavior Consultant (CDBC) and member of the International Association of Animal Behavior Consultants (IAABC).

Elisheba has been training, playing with, and studying dogs for over 20 years. She started out raising Guide Dog puppies when she was only 14, and went on to train service dogs, therapy dogs, pets, and sport dogs (obedience, rally, agility, and more!) She’s also trained other animals including parrots and even cats using the same force-free methods used for dogs. Her favorite work involves helping animals learn healthy coping skills for handling fear and excitement and helping humans learn to deeply connect with and honor the animals in their lives.

Elisheba is fascinated with the science of animal behavior and strives to stay on top of the latest studies that shed light on how we can nurture better partnerships with our animals. She recently completed a second degree focusing on the biology and neuroscience of cognition and behavior in animals. Most recently she investigated the effects of environmental enrichment on the brain, learning ability, and behavior of animals, particularly cats.
​
Elisheba also taught children and youth with severe emotional and behavioral disorders for over 10 years, which has helped her develop skills for listening to and working with people facing a variety of challenges and opportunities.
Currently, Elisheba shares her life and her home with four dogs and three cats. They stay busy doing sports (mainly agility, but they dabble in lure coursing, rally, obedience, herding, nosework, and general mayhem!) 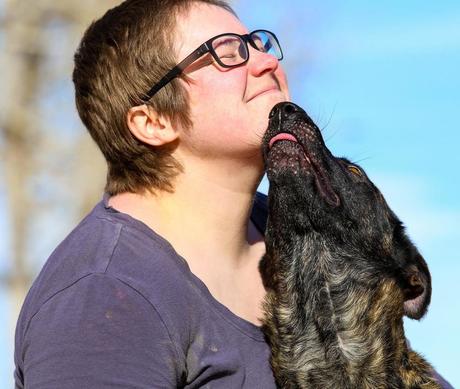